A tip via Beijing Daze: On Saturday Jan 26, at Beijing’s Yugongyishan, there is a benefit concert for Liang Heping, one of the earliest and most important yaogunners there are. Hosted by Wang Di, who is a former performer, producer, long-time yaogunner and more, and one of the few that was around when Liang first started, the evening will feature sets from He Yong, Second Hand Rose, Tomahawk, Thin Man, Oxygen Can, Askar, Matiao and Zhang Qianqian, and a charity auction.

I wrote about Liang in the pages Red Rock as well as on this blog. He has been one of yaogun’s biggest boosters for as long as that was possible, and it’s heartening to see that yaogun has come to his aid in his time of need. In June, Liang was involved in a car accident, and in the spirit of a recent ‘rockers for war vets’ charity headed by 90s rocker He Yong (‘Eight Rock @War Vets’), started ‘Eight Rock @Liang Heping.’ The show details (Chinese) are at Yugongyishan’s website. 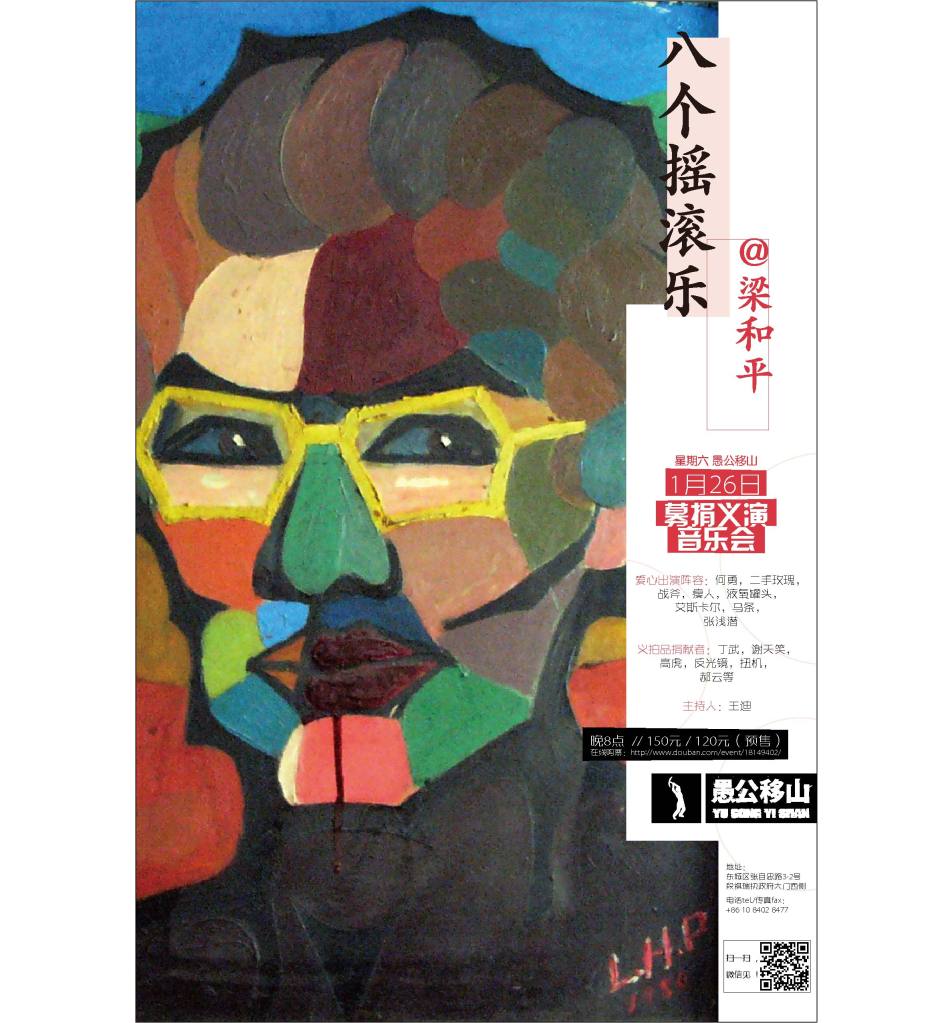