Recently, Red Rock got a thumbs-up from self-proclaimed “music geek” Alan Cross, who is well known as the host of The Ongoing History of New Music from, among other spots, back when Toronto’s 102.1 FM was called CFNY; he now hosts a show called The Secret History of Rock which can be found on his website.

Meanwhile, in addition to getting time on the website for CBC Radio’s Day 6 (and their blog), the National Post ran a rundown of Day 6‘s stories of the year, the “winningest” of which was China: 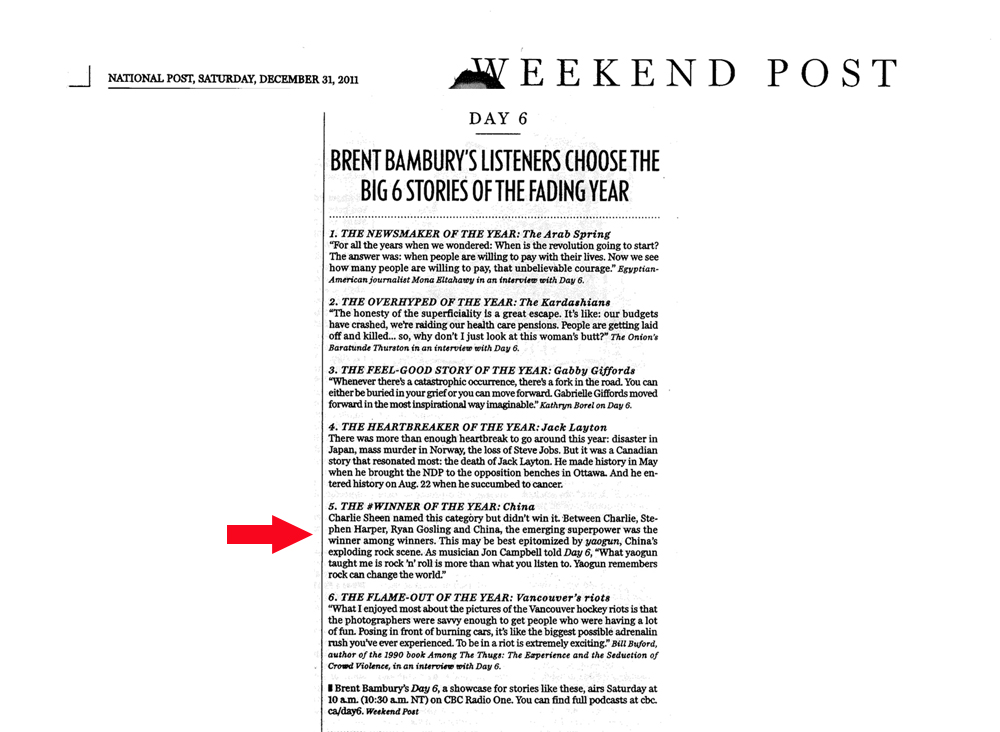