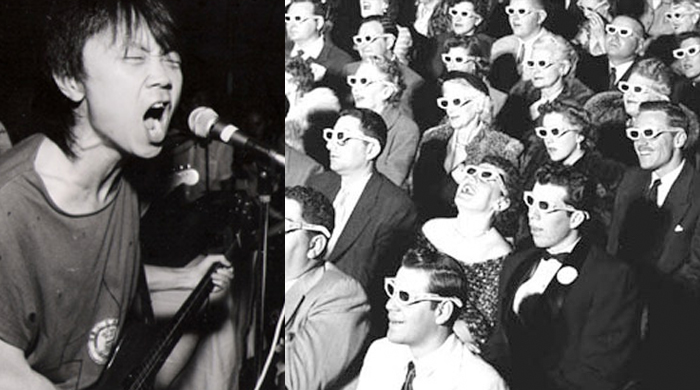 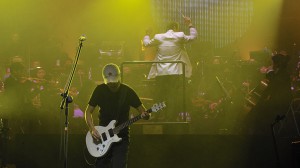 And then, in 2010, he hired them on as his backing band for two concerts.

Word now is that the film, named for his 1997 song, 超过那一天 (chaoguo na yitian) or “Get Over That Day,” is set to be released later this summer. Known in English as Transcendence (a long, strange way from Stereo Symphony On the New Long March, which was the working title cited by The Hollywood Reporter), the film’s eponymous song is generally considered to be Cui’s reaction to the 1997 return of Hong Kong to China from its British overlords: In it, he raps of a sister he never knew whose return to the family was imminent and of the mixture of emotions leading up to the reunion. It’s a rare entry in the ‘songs about Hong Kong’s return’ category, in that the view is more foggy than rose-coloured.

Cui’s live performances tend to culminate with “Get Over That Day,” as he creates an onstage celebration by going into the crowd to pick out as many women as possible to join him in a mangled mess of bodies, rhythmically and not-so-much-so jumping around the stage, devil-horns and peace-signs raised high, voices wailing and cell-phone cameras flashing. See below for footage of the song performed at the 2011 Macau International Music Festival.

A preview of Transcendence was held in Beijing on the twenty-sixth anniversary of Cui’s first major public appearance, the date when he unveiled what is still his most popular song, “Nothing to My Name” (yi wu suoyou) – a song about which you can read more right inside of this very blog to say nothing of what you can read about it and yaogun inside of the book around which this blog is centered. Long-time China resident and reporter Jaime FlorCruz was at the screening and wrote about it for CNN, here. Nice touch by the event organizer 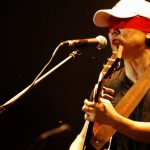 s, handing out red bands to the gathered folks in homage to the red cloth with which Cui covers his eyes during the singing of “Piece of Red Cloth,” in turn a reference to the red bands worn by many of China’s revolutionary “fighters,” particularly through the Cultural Revolution.

Cui’s, and yaogun’s, own revolution is still ongoing. Though he has recently had very few problems with censorship, this film was, apparently, subject to a bit of cutting-room treatment. “…Some lines had to be taken off and some songs were disallowed,” Cui said to the crowd. “We have had to remove them to save the whole work. Such compromise is made so we can deliver the other messages.” One message he went on to deliver: “If by simply telling the truth of people’s sufferings, an act is considered as anti-stability or anti-system, then it’s absolutely wrong. Change is inevitable, so why not make it happen as soon as possible?”

Let’s hope that in addition to change, this film will be coming to a theatre near all of us as soon as possible.

“Get Over That Day” live, 2011, Macau International Music Festival: