Five years ago, on April 9, 2009, we lost one of the great English voices of Chinese rock: Ian Sherman, who succumbed to the cancer he had been fighting—and about which he had been writing—for just over a year.

I think it’s fitting that my five-year anniversary post comes in a few days after the actual anniversary. Not because Ian was ever missing deadlines, but because his writing wasn’t concerned with anything so pedestrian as surface details. It was the experience of the thing in question. It’s not the date: It’s what happened.

Ian Sherman, a UK native who lived in China—Shijiazhuang and Beijing—for the bulk of the aughts, wrote about music (and other things) in a voice that made you want to listen to whatever he was writing about. It didn’t matter if he hated or loved the music in question: His writing demanded that you pay attention. And that is about the best 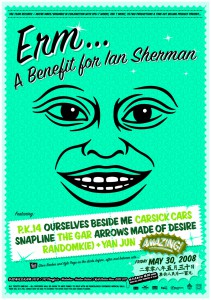 thing a music writer can do. I wanted to like what he liked, and I wanted to dislike what he disliked, because he wrote with such a singular voice that it was as though he was meant to be a guide.

Because of Ian’s prose, I can’t look at any music writing the same, but particularly it’s music listings that I now see as wasted opportunities. As music editor for Time Out Beijing, Ian’s listings didn’t just tell people who was performing where; they were literally poetry. They ceased to be reference material—or, ceased to be mere reference material. They were as much a part of my magazine reading as any other section.

I wanted, and still want, to write like Ian. I also wanted to hear music like Ian.

To this day, I am unable to give up on Van Morrison’s Veedon Fleece, despite its insistence, like no other album, upon confusing and frustrating me. I feel like Van made the record for people get upset about; that he knew that only a select few would get it, and that those select few would forever roam the Earth with the knowledge that they shared something 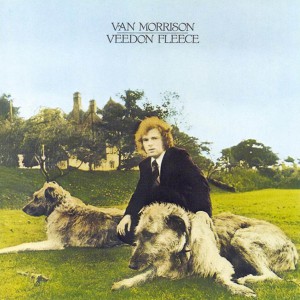 that no mortal peon could penetrate. They’d gather, annually perhaps, at some massive estate in the Irish countryside, sip whiskey so classy only those select few would even know of its existence, and revel—not simply in The Album, but in life; a life lived with the knowledge of the secrets that made Veedon Fleece reveal itself to this select group. They’d sit in those plush smooth leather chairs, probably by a fire, listen to great records, drink, and laugh. They’d sup on Irish countryside fare so fine the only way to describe ingesting it was by invoking the word ‘sup’; they’d sing songs and play music all night and into the morning, when they’d be greeted with fine and freshly-baked Irish breads served by gorgeous maidens and handsome lads, who would also be bearing fine cheeses, jams and coffees and other delectable breakfast items, and refuel for another day, and night, of revelry, of reflection and of great conversation. I can see Ian at the centre of the events there, holding court, but also, sending out missives from the front lines of the celebrations, keeping us all posted on the goings-on there.

Not that Ian wrote about Veedon Fleece—or anything—in a way that made him sound superior: He wasn’t a dick about that, or any of the music he wrote about. Except when the music was so distasteful that it was his role to be a dick about it. But it was the kind of dickery that was justified. He was passionate—so passionate it was literally breathtaking. And he inspired, with that passion, not the ‘fuck this I couldn’t be bothered to care as much as this guy,’ that one might expect from reading deep music criticism, but, instead, a desire for the reader to also be passionate. Ian loved Veedon Fleece in a way that even remembering reading his writing about listening to it gives me chills. I am, therefore, committed to figuring the fucker out. “Fair play to you,” Van sang to open the album. I hear, thanks to Ian, a challenge. Just try and figure this out, motherfucker. It’s a challenge I want to confront.

(I just looked back and discovered that his writing about the record takes up a mere 606 words out of a 3500-plus-word letter.)

I can’t not think of Ian whenever I hear that album—or any time I hear Morrison sing. At the memorial show in the June following the April in which he died, my band, RandomK(e), played, in Ian’s honour, a many-minuted version/interpretation/exploration of the VanMo classic “Gloria.” Upon reflection, we might have chosen the, as Ian called it, “epic album [Veedon, that is] highlight,” “You Don’t Pull No Punches But You Don’t Push No River.” The January before the April in which he died, Ian, in one of the final installments of his Self-Indulgent Cancer Diary, challenged anyone to tell him “what the fuck [the song] is about.” It was inspiring to know he could feel so strongly, so positively, about a record whose climax he couldn’t figure out. He called the album “contemplative, lyrically abstract…yet musically erm… urgent.”

(the ‘…’ is where—lest you think I’m doing some creative editing—parenthetically, he challenged his readers to tell him what the “epic album highlight” was about).

“Musically erm… urgent.” Reading that, how can you not go directly to whatever online musical source you most often go to and track the record down? *

(I know that I should have some examples of Ian’s writing alongside this post, but, well… There just isn’t much of it in cyberspace. The website of his former employer, Time Out Beijing—a site with no shortage of content—comes up with no entries for searches on “Ian Sherman” or “Sherman”. His work with 8 Inches of Arsehole is pseudonymous, and, incomplete; the Internet Archive saved a bit of the site [click on any of the four highlighted dates for a snapshot from wayback-machine then], but who knows which pseudonym Ian went under. His Self-Indulgent Cancer Diary entries likely survive in several email inboxes and hard drives throughout the planet other than mine, but to quote extensively from those doesn’t seem right. Not here, anyway. Perhaps it’s time to compile his writings and make them available. It’s a project I’d be up for. Who’s in?) 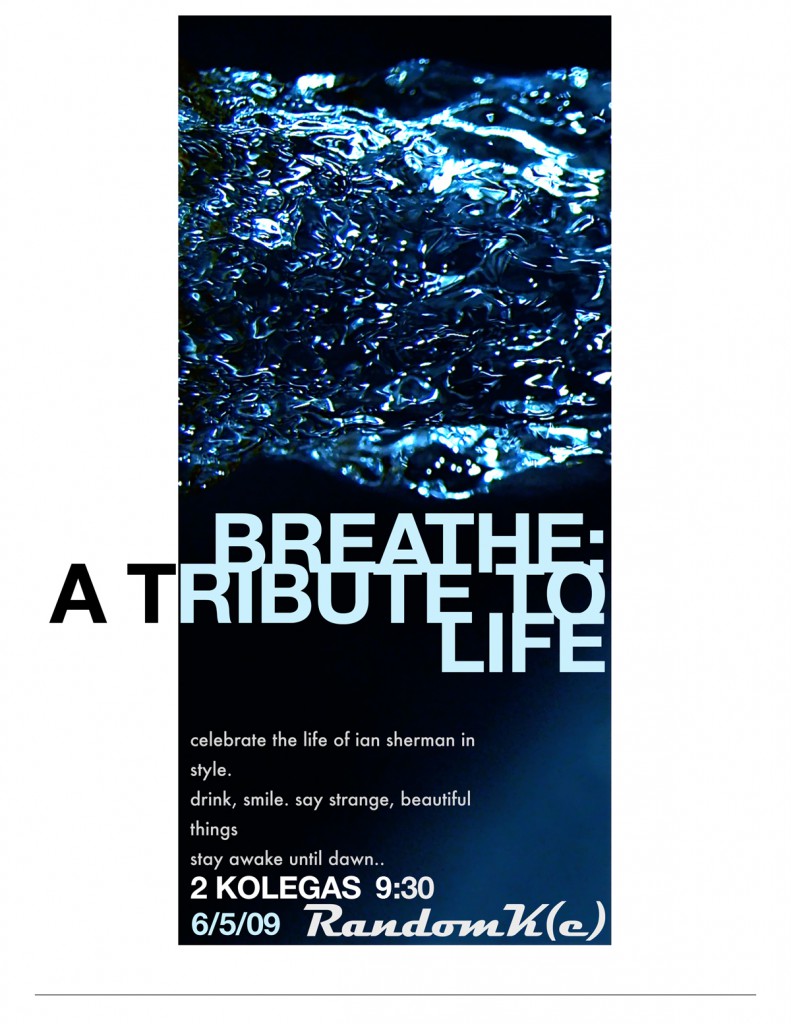 *: I note with a combination of pride and the opposite thereof, that in the same missive in which Veedon was investigated, my own band, Black Cat Bone, won favourable mention  in relation to the Caledonia Soul Orchestra, Van’s backing band on that very record, and who, thereon, Ian described as “losing some of their inner Wilson Pickett’s to make room for some hot buttered Isaac Hayes.”

“A set of not very interesting circumstances” saw Ian take to hospital with little more than Black Cat Bone’s self-released 2008 album, Drinkin Alone, in his possession. “Seriously,” he wrote, “that’s the only music I have here. Consequently, I’m now perhaps a little overfamiliar with the materiel, not to say saturated. They may just have overtaken Van Morrison’s Caledonia Soul Orchestra as the greatest bunch of musicians ever. No Joke.”

“Crap, I’m really not joking. I checked. Gimme a couple more hours and I will genuinely believe that. This is not a good development, no insult to the fine folk of BCB intended.

I need some more music stat.”