A full decade ago, this piece—reflections on being away from Beijing on a major anniversary—was written and published in Toronto’s NOW Magazine; I can now lift that much-talked-about-I’m-sure veil of secrecy and admit, officially, that Chris Jones was—is—your very own blogger. 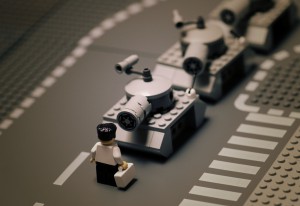 Timely, also, to turn our attention to what, by all accounts, is an amazing look into the collective expurgation of the events of a quater-century ago: The People’s Republic of Amnesia, by NPR’s Louisa Lim. An excerpt, here.

Turning toward the yaogun, as we tend to do here (when, yes, we get around to tending to things around here, which, again, yes, we know we ought to do more often, but, well, things happen, days pass, and, well, yes), Lim’s book gives some much-deserved props to guitarist Dennis Rea‘s own account of being in Chengdu twenty-five years ago, which formed a central part of his under-appreciated book, Live from the Forbidden City, chronicling his adventures among yaogun’s earliest years.

More yaogunnery related to this, the 35th day of May. An excerpt from Red Rock, wherein one Chengdu rocker reflects upon the effects of Cui Jian’s concerts there in the months following the massacre. Cui’s Rock and Roll on the New Long March tour kicked off in the first weeks of 1990 and would be cancelled after four cities, the fourth being Chengdu, as crowds over the course of each stop grew more and more intense, overwhelming the officialdom who, in approving the trip, didn’t know how else to react to what they were seeing in the audience.

“You wouldn’t believe some of the footage I got,” Liang Heping said of the video he took on that tour. “The leaders had never seen anything like this.”

The recollections of a Chengdu rocker present at the final stop on Cui’s Asian Games tour exemplifies how the music mattered:

“We never got any release . . . [I had] cried every day [after June 4] . . . Cui Jian rescued me. [His music] comforted my soul, reassured me. I am really thankful for this concert. If not for rock, I would’ve gone mental. I was in real pain at that point; I’d spend days at home crying. It brought me back.”

The Sichuanese capital had also experienced serious violence on June 4, and it was with that in mind that things seemed to come to a head in Chengdu. Tickets for the concerts – initially there were two shows planned, but a third was added – were RMB15 (about US$3.25 at the time) and went for RMB60 (US$13) on the black market, recalled one fan whose monthly salary was RMB70 (US$15). But the concerts, all of which were sold out, were about something more than money could buy; it was the kinds of feelings that moved one fan to push past security and run onto the stage to embrace Cui – not out of rock star crush but the result of the pent-up emotions that the concert allowed to be released.

“When Cui Jian played the last song,” the fan in question said, “suddenly I felt a real peace; I was really moved. I felt a pain. I cried. In my heart, there was pain, there was trouble, and there was excitement.”

The Wall Street Journal ran an interview with Cui in which he talks, a bit—which is more than usual—about the events of twenty-five years ago. “…it was like a huge party,” he recalled of the weeks leading up to the 4th. “Everybody was having fun, [you felt it] deeply from your body. You wanted to go back every day…”

And, finally, a recording, recently unearthed, of Cui Jian’s performance during the hunger strike in the Square, in the weeks prior to the 35th.