So in addition to the news that Cui Jian is finally available in digital form properly and internationally (check iTunes, Spotify and other purveyors of digital sounds streaming and selling), there is more yaogun about to make waves outside of China…

END_OF_DOCUMENT_TOKEN_TO_BE_REPLACED

As year-end lists are compiled, yaogun gets its own list, thanks to China’s newest and rockiest awards to be handed out. From the people that brought us the Midi School of Music and then festivals across the country, the folks at Midi Productions have, three times, issued awards for the best yaogun in the country. The shortlist for the Fourth Annual China Rock Midi Awards (中国摇滚迷笛奖) has just been announced, yet again inspiring, erm, feelings across a wide spectrum…

END_OF_DOCUMENT_TOKEN_TO_BE_REPLACED

The Big Party just wrapped up in Beijing has meant many things to many people. “Sparta” (si ba da or 斯巴达), as the Sino-weboverse has dubbed the 18th Party Congress (shi ba da 十八大) in order to refer to the otherwise unreferrable-to, has taken over. Sure, there’s a transition of power, but what seems to be clearest in all the transitioning is that daily life for your average capital-city residents has been made difficult – to say nothing of what it’s done to the city’s pigeon-flyers and ping-pong-ball distributors and to taxi passengers driven by less-than-fragrant drivers. Beyond the Middle Kingdom, the world waited in anticipation to hear who would step up as the country’s CEO and who would be on the Board of Directors. The world’s media seemed transfixed, breathing with bate, as the world watched, carefully, who helped whom sit where, who strode up to the stage in front of whom, and, you know, other matters of international concern.

Among all the transitional talk comes reflections on China’s relationship with various nations; how the new boss(es) will do on that front. But here’s what nobody seems to be talking about: Culture.

END_OF_DOCUMENT_TOKEN_TO_BE_REPLACED 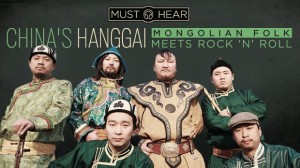 CBC Music, the online musical companion to the national broadcaster, asked me a few questions about why the world Must Hear Hanggai, in advance of their Toronto performances. I answered them, and you can read ’em, here (or by clicking the nice image at right). Find out more about Hanggai’s performances at Harbourfront Centre‘s Planet IndigenUS Festival by clicking the magic words. Hanggai is coming back to North America in September, so stay tuned…