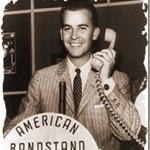 Dick Clark’s passing has elicited much ink over his role, via American Bandstand, in bringing rock and roll into the households of America at a time when the heads of those households wanted to bar the music from ever getting into the ears of their familes’ younger members. 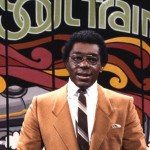 Ditto the reports on Soul Train‘s Don Cornelius and his role in popularising — legitimising, even — African-American music among the mainstream, when it, too, was left at the fringes of popular culture. The deep marks of both men remain on popular (and unpopular) music, despite the void left by their passing.

China, too, had its own version of these two folks, folks that were instrumental in introducing rock and roll, and, eventually, yaogun, to Chinese audiences — audiences whose hunger for the music was already at an extreme, confined by the limitations of the earliest days of rock’s entry into China, in the days before the internet, when resources were at a minimum and cassettes were brought in from outside the country (or, eventually, found after intensive searching through the chaotic shelves of an increasing number of tiny shops popping up through the nineties), played and passed around and played again, until the spool of tape inside burst out of the shell’s confines, and not even the well-practised pencil skills of the hardest-core yaogunner could get it back in.

Zhang Youdai is perhaps the best known of those Dick Clark types. You wouldn’t know it these days, 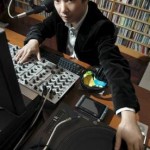 when he looks like the kind of guy that could’ve hosted the equivalent of American Bandstand, but back in the day, Youdai’s look almost got him booted off the air — the radio. By the time he was able to use his own voice on the air, which was no small feat, since the Official Voice of Chinese radio narrated all programming into the nineties, he was told by his bosses that his hair was too long. Again: For the radio. But Youdai — which is the name he gave himself in college, meaning ‘has tapes’ because wherever he went, whether restaurants, taxis, bars or parties, he brought his own music — persisted, and managed to convince China Central Radio, that rock and roll, and, eventually, yaogun, belonged on the air. Between him and his Shanghainese counterpart, Sun Mengjin 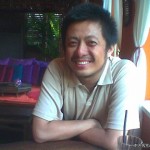 , alone — to say nothing of the DJs in other cities around the country — generations of those about to yaogun got their real education, through headphones snuck into classes, radios secreted away under pillows and more.

Unlike in Dick Clark’s case, there is no New Year’s Rockin’ Eve on which these DJs could find a mass mainstream audience, but that isn’t exactly a bad thing as anyone who’s seen tell of the extravaganza that is Chinese New Year on China Central Television can attest. Alas, neither Dick Clark nor Don Cornelius achieved their goals overnight, and yaogun is on a steeper climb than the music championed by American Bandstand and Soul Train. Thusly do Sun, Youdai and the next generation of DJs, writers, players and audience members forge a path. Uphill, but ever forward.