In late May, Beijing venue 2 Kolegas, known as “dos kolegas” celebrated its seventh birthday. I can think of no better way to honour and celebrate that occasion than this…

Opened in 2005 by Gao Feng and Liu Miao (seen dancing, above), a pair of buddies who came to the capital from the northwestern city of Yinchuan, Ningxia, the club may have been a dive bar, but it quickly established itself as a rockers rock club. Nobody really knows why the name Kolegas — Google Translate tells me it’s Lithuanian for “colleagues” — but the general sense, thanks to the Chinese name (两个好朋友), is that it means friends. Good friends.

Its location was, in the early days, a major problem. That there existed a drive-in theatre was not common knowledge, and getting there was never easy. Once you convinced a taxi driver that there was, in fact, a Drive-In, and, then, once there, you had to convince him further to take you into the Drive-In (especially if you were huffing gear). And then, the inevitable ‘tcchk‘-type noises issued through the use of and space between the roof of his mouth, his tongue and his teeth as you navigate your way down the dark tree-lined drive. And that’s when both you and the cabbie would probably think “holy crap, this is a tree-lined drive!” but coming to very different conclusions about how that made you feel. Passing a small, oft-changing strip of clubs, restaurants and, yes, RV rental outlets (by the hour or the day; with driver or without), you stop alongside a grass field and you wonder, even after on return visits, if this is, in fact, the place.

And it is not just because it’s hard for musicians to pay for their drinks; not just because it’s hard to get anything other than a strong drink. Not just because of the always-improving sound system. Not just because of the grass field in front of the bar, a field that wasn’t rare in Beijing bar terms, it was the only one of its kind; an amazing place to while away a spring, summer or autumnal evening. Not just because of the amazing bathroom innovation of combining the toilet and sink whereby the water on its way to fill up the bowl comes out of a tap atop the device that offers a hand-washing opportunity with every flush (Anything toilet-related, until very recently, had very little to do with what brought people back; you could say that despite the bathroom situation, and here I look toward the female contingent, they still managed to attract folks, but then, that would be ignoring the tolerance for toilet-related drudgery that exists in few other places around the world. But I digress).

There is a love of the music and of the lifestyle that has gone into creating this bar, and it’s obvious the moment you set foot inside. 2K was, and is, welcoming to all types of music, which is, to be fair, not a rare thing in a city and scene still finding its proverbial footing; where punk, metal, post-rock and dance music are but variations upon a theme. The experimental nights that 2K hosted in its earliest days, were some of the most interesting the bar has hosted, and not because the music was necessarily amazing (often it was a stretch to describe it as music), or the crowd overflowing. The fact that any crowd came out on any given Tuesday night, and for experimental nights at that, for much of the bar’s first few years was amazing, and a testament to 2K’s position in and contribution to the scene, and it’s been seriously overlooked on that tip. Taking on experimental nights was not something that many places were willing to do, and that 2K didn’t just allow it to happen, but nurtured it as well says much about the lengths to which they were committed to the Mission. Visiting musicians who I took to those Waterland Kwanyin nights, hosted by the experimental scene’s guru, Yan Jun, were in awe of the numbers, and of the scene — quite large, relatively speaking — in general that grew around it. That scene was, at the very least, the result of equal parts Yan and 2K. 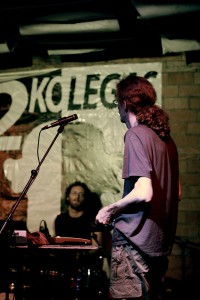 Playing on 2K’s stage was a treat like nowhere else has been since, because it made you feel like you were part of the room rather than its focal point. The sound was big and it made things comfortable in a way that was impossible to replicate elsewhere. Yes, the stage was usually strewn with the detritus — animal, vegetable and mineral — of a million nights-before, and yes, often the backline was coated in a layer of filth not entirely identifiable. But there is no place where you could feel like you were rocking like on that stage.

Kolegas has been likened — by yours truly as well as others — to your coolest friend’s basement; his parents don’t care what goes on downstairs, they’ve got gear you can mess with, booze you can drink and you can feel utterly free to do whatever you want down there. And while Kolegas is that, it is also much more, because in addition to feeling like your hangout, it’s also one of the best places to see shows in the city. Liu Miao and Gao Feng were constantly on the lookout for ways to improve, new gear to acquire and new things to do.

(here’s a column I wrote, a few years back, about a Waterland Kwanyin night, for PopMatters.com) 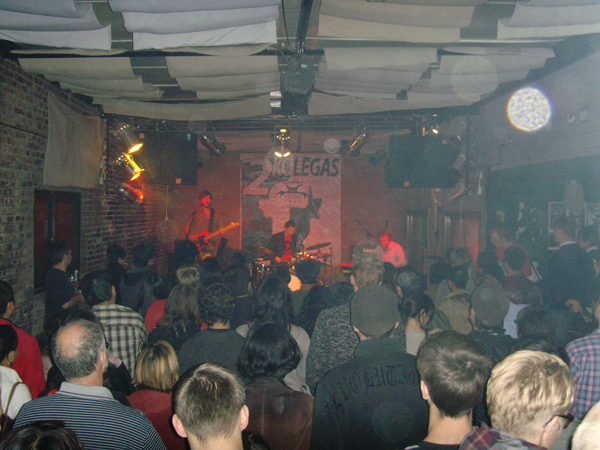