Yes, it’s another Cui Jian post, but it’s a Cui Jian post with news of developments in the man’s international career. For the first time ever, the music of the man who created, invented and stands atop yaogun, will be available on the international digital platforms that should have, realistically, had his music all along…

Between iTunes and Amazon, the current selection for those searching for “Cui Jian” is dismal: There are a few compilations containing “Nothing to My Name,” the song with which he will forever be intimately associated, launching, as it did, both yaogun and his career as something more than just a pop singer – something for which the country had yet to create a model. There is also the album for which I hesitate to use the word ‘tribute’ to describe, since doing so would imply a respect for the source material that, mostly, I believe (and have written) is absent. And there is 1985 Review, a record that chronicles a period in his early career from which, in the wake of “Nothing to My Name,” he very quickly parted; this is his Lionel Richie, Karen Carpenter, EZ Listening phase and one that is illuminating only inasmuch as it points to his eagerness to grab at whatever was 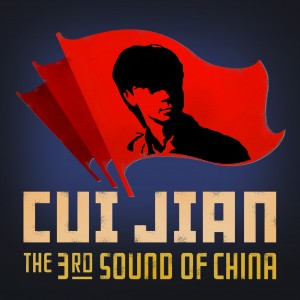 available. Very quickly, he distanced himself from that era and launched into a yaogun career that is still going strong.

And, in long-overdue recognition of that fact, as of April 16, anyone who acquires and consumes their music digitally will finally have access to Cui Jian.

iTunes, Amazon, eMusic, Spotify and more will begin their digital dive into Cui Jian via a compilation of songs culled from the five albums that will, soon after the mid-April release date, also be available.

The 3rd Sound of China takes listeners from The Beginning – “Nothing to My Name” – all the way through to Cui’s latest record via the track that will also lend its name to Cui’s full-length directorial debut, “Blue Bone.”

“For many years, there was only one kind of music allowed in mainland China: ‘Red Songs,’” says Cui, by way of explaining the compilation’s title. “Later, there was ‘Mainstream Music.’ And then I came along, with a new, third sound with self-expression – ‘Music with Soul’.”

Spotify will have exclusive streaming rights to the compilation for the first three weeks following the launch; thereafter, other online streaming services 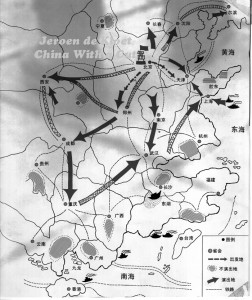 will begin to send Cui’s music out into the world, but digital music sales sites will have the goods by April 16.

Cui’s Long March of yaogun began just over fourteen years ago with the release of his debut album, Rock and Roll on the New Long March. He’s since taken his comrades across the Chinese map, but though he’s made trips out into the world, let’s hope that this digital debut is his first step toward conquering new territory.

And I’ll put it out there, again: His march should take him right through the hallowed halls of the Rock and Roll Hall of Fame. How many others out there can say they taught a billion people to rock?