The beginning of the year means the inevitable looking back at the year that was. But this past year, we reach end of an era, Yaogunnily-speaking. Taking Cui Jian’s performance of “Nothing to My Name” on national television in 1986 as our birthdate for yaogun, Chinese rock & roll turned twenty-five in 2011.

But first, a quick digression, allowing a moment to ruminate on the difference between Important albums and Good albums – in our minds, in silence – and know that only sometimes are records both. For my list, I have but one guiding principle, and it resides squarely in the territory of the Good: Would I put this record on and listen to it?

I’ve skipped the eighties, by the way, because Cui Jian’s debut album, Rock and Roll on the New Long March, which kicked everything off in the first place, is automatically on just about any yaogun list there is – think Rare, Important and Good. 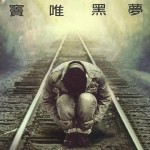 Dark Dream by Dou Wei, 1993. A year after leaving the very Bon Jovi-y Black Panther and cutting his hair, Dou Wei let loose a record that was a bit further out there than anything for which yaogun was prepared at that point. Taking on new wave and goth, the rebranded Dou Wei headed further toward the fringes as the years went on. “Higher Being” 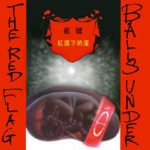 Various artists, China Fire Vol. II, 1996. The second of what would be three compilations cam

e at a time when China Fire was no longer the only game in town. The first compilation, released four years previous, introduced the nation to yaogun, but it was yaogun of a limited range: The metal and hair-rock to which the first generations took. The second volume expanded the range. “All the Same” by Underbaby represents the Cobain influence that began to spread in the mid-nineties.

Squeeze by Zhou Ren, 1996. Zhou’s underrated album was influential across the spectrum, 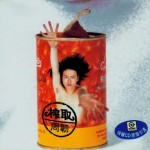 channeling and championing the growing alt-ification happening in yaogun at the time. What made the album stand out was the metal of Zhou’s early years mixed with a heavy dose of Seattle sound and a little dab of funk. But because record label Magic Stone was in the last years of its mainland operations, it didn’t give the record the push that its earlier releases received. “Fg” is the lead-off track:
Fg by Zhou Ren by jWc 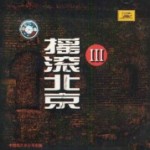 Yaogun Beijing III (1997) is a great example of the compilation — and band, and genre — boom of the mid/late nineties. There is the classic hair-rock of the early yaogun days, but there is also grunge, alt, dark metal and more signalling the rise of alt. All-stars on the album include the man now known as XTX in an early guise and Zi Yue, who combines traditional opera, comedy and prog-rock in a mixture that’s still successful today. Hades is still going strong today; “The Nightmare Continues” was, it should go without saying, the only track of its kind here: 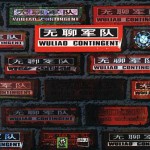 Boredom Brigade (aka Wuliao Contingent), 1999. Only Reflector and Brain Failure remain these days, but the quartet of bands here (69 and Anarchy Jerks were the other two, the former much more interesting than the latter) were atop the punk pyramid of the late-nineties. More on the album at this previous post. Here, Reflector brings the posse’s theme song: 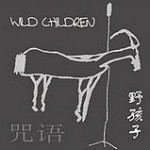 Incantation by Wild Children, 1999. Their haunting acoustic folk may seem out of place among the fin-de-siecle harder-edged sounds coming out of yaogun’s first expansion, but the Wild Children packed all of the emotional punch of the punks, without cranking the volume.

….coming soon: Into the new millennium, and more…