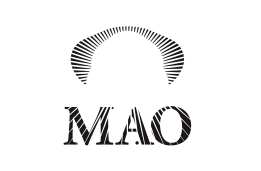 Beijing and Shanghai live venue Mao Livehouse has recently garnered attention in the yaogun world by putting up investment to get a bevy of acts to perform at Japan’s mega-festival Summer Sonic this (2011) August. A competition (see Beijing Daze‘s coverage of the Beijing round; China Music Radar‘s of Shanghai) added two bands – Beijing’s Nanwu (aka NAMO) and Nanchang’s RunRunLoser – to the five pre-picked by the club. Three of the five – Ghost Spardac, Perdel and Crystal Butterfly – are managed by Mao-related operations; well-known acts ReTROS, Queen Sea Big Shark and Muma and Third Party round out the list of pre-picks. It will be interesting to see what, if any, traction these bands get from the festival. As of right now, it seems that the festival slot will be these bands’ only gigs in Japan; it’s sad when a big trip only involves one show, but, for one, it’s a really big show, and, for two, Mao is to be commended for their efforts: First, they erected their own high-level stage that bands can aim for, and now they’ve taken that a step further by offering an even bigger, international, platform.

Mao Livehouse is modeled on Japanese rock rooms, and it’s from there that the word ‘livehouse’, whose usage is now prevalent across the yaogun landscape, comes. The club has important backing from Japanese label Bad News Records, and opened in Beijing in 2007 and Shanghai in 2009 to rave reviews. It was a new kind of venue: There was pro gear, folks trained in its use, and management intimately involved with and committed to music. Lots of clubs had been opened by music fans, but none had the equipment or the desire to pump funds and energy into yaogun that made them actual institutions. Mao was – is – not problem-free (as audience member, promoter and performer I could draw up a list). But Mao is an altogether new kind of venue, one that has set a bar others can’t even see let alone come near. Which isn’t to say that it’s the only venue worth visiting or performing at (Genuinely Great Spots, which dot the yaogun map, are defined by vibe more than anything you can point to); it is to say that it’ll be a long time before there is actual competition to Mao.

(And let’s not forget Mao’s stage at the May 2010 Midi Music Festival in Beijing, which was moved almost literally piece-by-piece, from the club. A last-minute addition to the festival, the result of getting busted for fire code violations, it was an example of what a well-oiled machine the club can be – not to mention a flipping of the bird to the authorities that tried to stop the rock. Artists lined up in support of the club to play at their tiny stage, and fans followed. It was a stage that this veteran of most Midis can attest was one of the highlights of the event’s decade-plus history.)

When you hear about Li Chi, the man behind Mao Livehouse, the appreciation of the venue he’s created transforms into something else. It’s a lot like yaogun: I thought I liked it, but the more I dug as I researched The Book, the more I came to appreciate it.

So it’s as good a time as any to introduce the Model ‘Gunners category, where we meet the folks that really make yaogun rock.

Li Chi isn’t the kind of guy that longs for the limelight. He represents the kind of guy with which yaogun’s path is lined: Those unsung heroes standing in the shadows of the ‘gunners that fans have come to know. He is a soft-spoken man, his salt-and-pepper hair no longer hanging, in shaggy-goth style, across his face; he’s got it close-cropped now, more pepper than salt, while his patchy facial hair has been sculpted into a goatee. When Mao opened in Beijing, he was just shy of forty years old, and he looked, and looks, both older and younger than that: He walks slowly and carefully, with a limp, but when he’s behind the lighting desk (at Mao and elsewhere, stepping in when bands need the help) or talking rock, he has the energy of the kid who’d gotten hooked on rock from the moment he first heard Taiwanese pop princess Teresa Teng (邓丽君 Deng Lijun in Mandarin); from there, it was a short step to USA for Africa, and Cui Jian and beyond.

Born in 1966, Li’s family worked for Air China, so he was blessed with access to not just music, but equipment: The four-speaker system his family acquired in the late seventies meant that the experience of hearing, for the first time, Michael Jackson and Teresa Teng was a stereophonically-enhanced mind-blowing experience. In the early eighties, he considered himself lucky to be able to afford a couple of tapes each month; when a friend passed along U2, Aerosmith, Bowie and more, he was hooked.

Li Chi dropped out of Beijing Institute of Technology and sold computers in the early nineties, while his love of rock and roll grew, fuelled by the early-nineties weekend-party-spot Sushanna, an office cafeteria that rockers took over on Saturday nights. DJs would spin tunes more often than bands would play, but it was still well worth the trip for Li and his crew, who used to walk a dozen kilometers to get there – only “sometimes” would they spring for a cab, while sneaking in Cokes because they didn’t have enough money to buy the pop on offer. Presumably it was because their money went to the RMB10 cover (approximately US$1.50 in today’s currency; for perspective, average monthly wages in 1995 were somewhere around the RMB400 mark) and their music collections. “I remember buying CDs, which weren’t cheap,” Li told me, “and treating them like girlfriends. They were that valuable to me.”

“I wanted to open a place like Sushanna,” Li said, almost twenty years later, and, despite the success of Beijing’s Mao Livehouse and its newly-opened sister club in Shanghai, he sounded like he was still figuring out how to make it happen. “I was pretty fanatical about it.” Li believed that, like himself, the average person would “need” a place like it. He already had a name: The People’s Disco (renmin diting 人民迪厅): “so that average people, blue collar folks, would come.” He had no idea, he admits, that what he actually wanted to build was not a disco, but his was an evangelical mission, with little time to sweat the small stuff: “What I wanted was to get people to hear rock music. The kind of music I was hearing at Sushanna: Nirvana, PJ Harvey, Iggy Pop, Queen, stuff like that.”

Li’s musical collection had grown, and he started to put together the team and equipment that would be necessary for his diting, which was going to be located in Jilin City, in the country’s northeast, not far from the North Korean border (there was no spot in Beijing they could find, and their connections were good up north). Right before they moved in, though, a fire broke out, wrecking the club along with much of the adjacent museum. Stuck with tons of music and the increased amount of pop knowledge Li acquired in preparation for the club’s opening, someone suggested Li go into the record business. Or, to be more accurate, the illegitimate record business.

It was the mid-nineties, and dakou, or ‘saw-gash’ tapes and CDs, were everywhere. Not exactly pirated material, they were the garbage of the Western music industry; albums 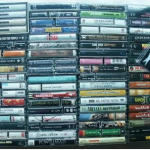 were marked for trash and sent, ostensibly, to dumps overseas that found their way to places like Tianjin, the port city just over a hundred kilometres southeast of Beijing, where a veritable Mecca awaited Li Chi. “There were…rooms full of music,” he remembered. “There was a street lined with these shops. You could look…for days and still not see everything.” Between his own collection and the knowledge he used to acquire his stock, he did quite well. Starting as a mobile record store, dragging luggage full of tapes and discs behind him, Li eventually found a storefront, becoming one of the only shops to have some sort of system to organize music. Most shopkeepers had no idea what they were offering; Li knew too well, and had the self-proclaimed “best looking shop in town” to boot: He commissioned paintings of his favourite album covers, so anyone familiar with the work of Megadeath or Nirvana knew that this was the place to be. “There were kids that’d spend all day in the shop, instead of going to school,” Li remembered. Two years later, he sold the store and went into advertising.

Eventually, Bad News Records came calling; at the time they were managing ska-punk band Brain Failure, but they soon started talking about opening a venue. Li did the market reseach and concluded that any rock club would lose money, for sure. And so, in 2007, Mao Livehouse opened its doors. A planned three-year money-losing period never materialized; two years after opening, Li said, the club was in the black. Not far in the black, but certainly not in the red. Since there were never any plans for big bucks, everyone’s happy. “Our approach was if we lose money, we still need to bring this new approach to China,” he said. “Losing money was ok because it was for yaogun.” Because the priority is the music, the bar was, intentionally, an afterthought (and remains thus, as many have attested).

Li Chi, like so many other early ‘gunners, is fuelled by the inspiration he received from rock and roll, and because he knows of its power to affect lives, he is eager to get it to as many people as possible. “We hope that the idea of livehouse succeeds in China, that young people have the chance to like this kind of music… It’s not to ‘beat’ other kinds of music. It’s because we know rock is really great.”