For almost as long as they have been putting on festivals, the folks at Midi, who have been doing it longer than anyone else, have aligned with various causes and organisations to raise awareness for a range of issues. In announcing the event that will kick off 2014’s Midi season, they have unveiled their latest guiding principle.

Years past, Midi has advocated against cruelty to animals (2003), linked up with Greenpeace (2007), and drawn attention to endangered animals (2011), the health risks of particulate matter in the polluted air (2012). Beginning with their New Year’s event in the southern city of Shenzhen, 2014 will be the year that Midi tries to stop all the dang honking. 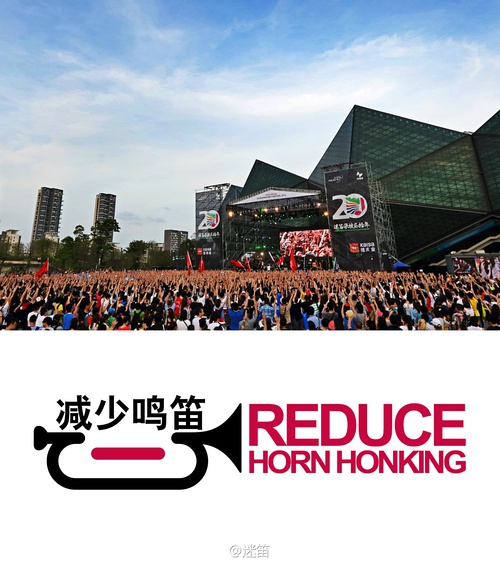 It’s not just about the noise, says Midi. It’s about the “destruction of the peace and quiet of our personal states of mind.” It’s about Midi’s perpetual mission, “advocating and practising equality, fraternity, respect and tolerance in the spirit of harmony.”

Rock and roll, as they say, ain’t noise pollution. Car horns, on the other hand…